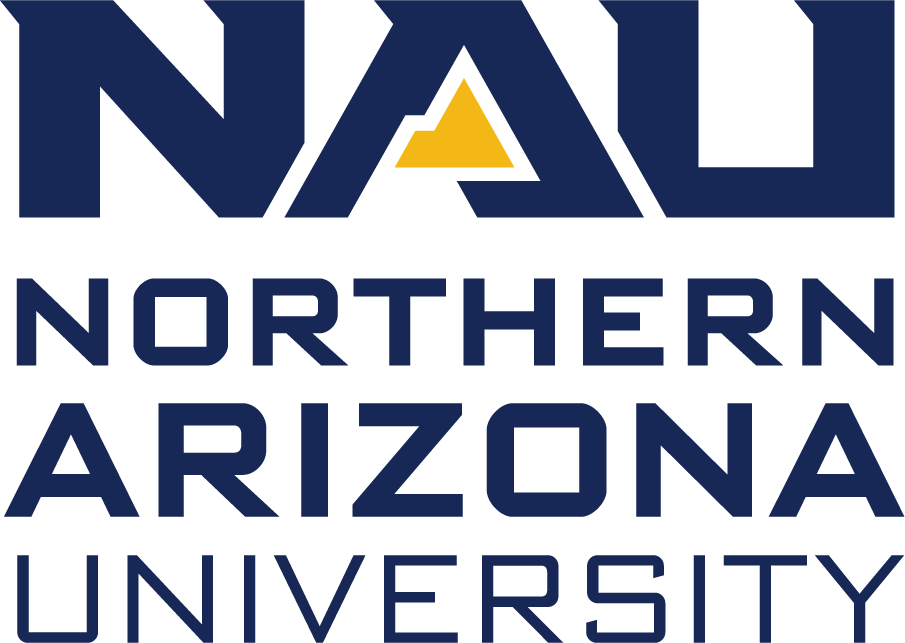 Northern Arizona University (NAU) has 23,000 students on its main campus in Flagstaff, and their buses carry over 12,000 passengers per day. During class change the bus system is suddenly flooded with students eager to get to their next class.

To get them where they need to be, University Transit Services runs two routes that circle the campus in opposite directions. It takes about 28 minutes for a bus to complete one of these routes, but this varies considerably depending on day, time, and weather. Each route had seven buses during peak hours, 7:00am–4:00pm on weekdays.

In a perfect world 7 buses on a 28 minute route should provide headways of about four minutes. But variability in traffic and weather and surges in ridership created severe bunching, with two or even three buses traveling together. Headways of 10–12 minutes were common. Any student who had to wait ten minutes for a bus to the other end of campus, was in danger of being late for class. This typically leads to student complaints to the transit team.

NAU repeated the experience of others: It is impossible to stick to a pre-determined schedule or headway when traffic and ridership are highly variable. And once the buses lose the schedule, there is no clear way to recover it. Bunching tends only to get worse.

NAU tried assigning a dispatcher to each route to coordinate the buses, but even this did not work. Sometimes the target headway was impossible to achieve. And it is always difficult for a person to recognize the right adjustment: What seems like a local improvement may make things worse overall.

Throw away the schedule!

Instead of asking drivers to chase a target schedule or headway, focus on keeping the buses equally spaced. As long as buses arrive at short, regular intervals, no one will care about a schedule. 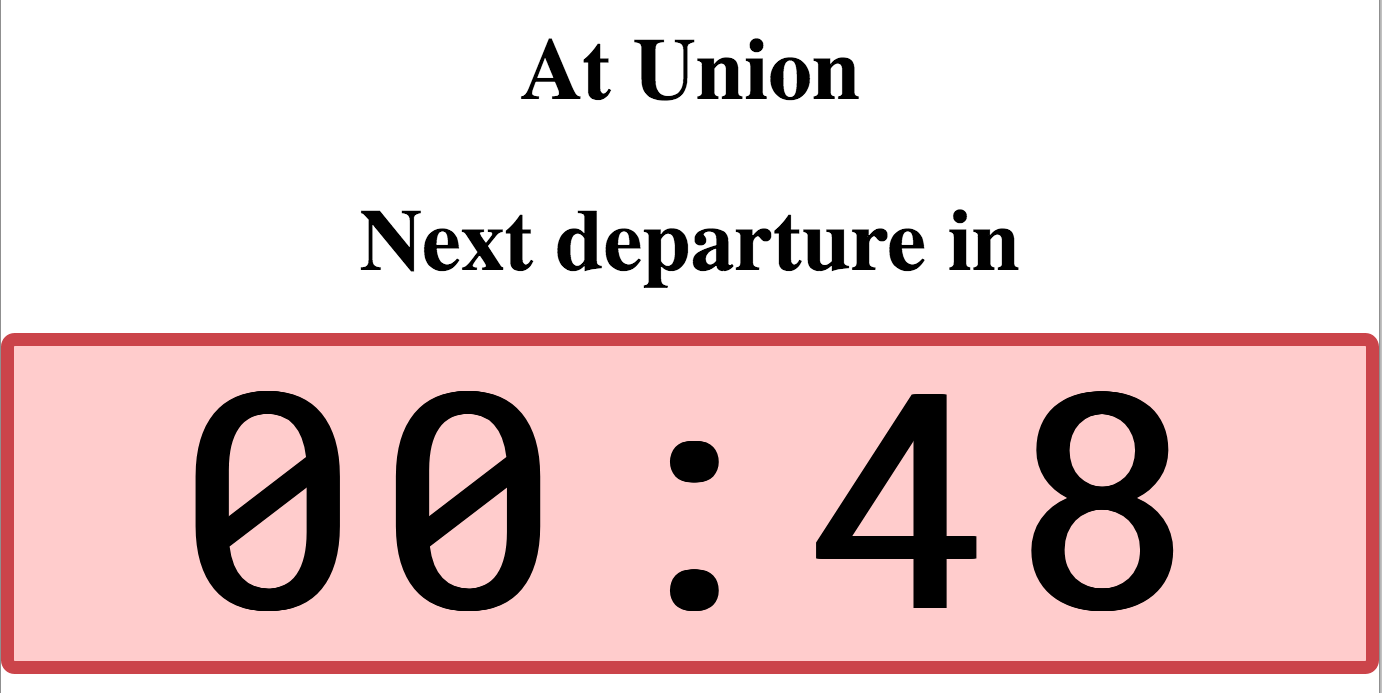 BusGenius is a cloud service that ensures your buses arrive at regular intervals. Here is how it works: You designate a few places (“layover points”) where a bus might pause briefly. A powerful AI engine in BusGenius monitors the buses, as well as travel and stop times. When a bus arrives at a layover point, the AI engine computes the ideal (short) delay required to more evenly space all the buses in time. The wait-time is transmitted to the bus, where it is displayed as a countdown on a tablet so that driver and passengers can see that the bus will depart in, say, 48 seconds. By this means buses are constantly re-positioned so that they arrive at regular intervals — and this requires no oversight by managers or even awareness of the drivers.

Next the NAU staff chose which bus stops would be layover points, where a bus might be asked to pause briefly. They also set upper and lower limits on how long a bus was allowed to pause at each layover point. The Jacks route was typical, with five of the twelve bus stops selected. Buses were allowed to pause longer at important transit points, such as at the main commuter parking lot or at the Student Union. NAU can easily adjust these values or change which bus stops allow layovers.

One challenge of BusGenius is that it changes expectations. Fortunately, the NAU staff were sensitive to this and smoothed the transition with training and foresight. For example, initially, some passengers were puzzled when the bus paused, however briefly. NAU staff resolved this by training the drivers to explain that they were letting the lead bus get ahead. In addition, NAU staff moved the tablet in each bus so that passengers could see the count-down, after which questions ceased.

The lack of a schedule disoriented some drivers at first, especially those used to a schedule. Indeed, Judy Lynne Manor, Assistant Director of University Transit Services, said that “changing driver habits was the biggest challenge” — but this has been successfully managed by training, so that the drivers understand the larger picture of maintaining equal headways.

NAU reduced the number of buses from 7 to 6 on each of their two main routes during peak hours — and still reduced headways!

Headways now reliably range between 3.5 and 5 minutes. (If traffic is light, headways are shorter; if traffic is heavy, headways are longer. There is no such thing as being “ahead of schedule” or “behind schedule”.) Whenever two buses get too close together, BusGenius quickly separates them.

Before BusGenius, buses bunched up all the time — the trailing buses ran mostly empty, basically making them pointless. Now, fewer buses provide better headways and save us money. When the buses are evenly spaced, the passenger load is spread more smoothly across all the buses. It's a win-win!

Buses arrive more regularly, which means reduced waiting times for everyone. Students simply arrive to a bus stop knowing they will not have to wait long. One student we met spoke up:

Buses don't bunch anymore, they arrive without having to wait too long. We may have to wait a bit along the way, but not much ... but I get it, it helps to keep the buses spaced apart. And I'd much rather wait a bit now and then on the bus than wait 10 minutes or something in the cold and snow at the bus stop ... and then be late for class besides! And really, I don't notice the short delays while on the bus, I'm warm and texting my friends and stuff. And I don't stress anymore about making it to class.

Instead of chasing a schedule or target headway, drivers can concentrate on driving safely. Their instructions are clear and easy to follow: Drive safely, and when you arrive at a bus stop, glance at the tablet, and pause if so instructed.

It is easy to adjust the number of buses to match levels of traffic and ridership. If, say, there is a special event and headways are longer than usual, simply add another bus to the route. BusGenius will quickly space all the buses to accomodate the new arrival. There is no need to lock yourself in to a schedule.

Buses can enter or exit service at any time and BusGenius will automatically adjust the spacing. This means that, at shift change or lunch break, a relief driver does not have to wait for the driver who is going off duty. He or she can just grab a bus and start driving. BusGenius will adjust the spacing whenever a new driver joins the route or when any current driver logs out.

Buses can even pass each other, such as when one stops longer than usual to pick up a rider in a wheelchair. BusGenius will recognize this and adjust accordingly.

Managers no longer need to monitor the buses because a BusGenius live map will sound an alert and identify the problem if anything unusual is detected. Judy remarked:

I might hear the chime and see that a bus is kindof late departing a checkpoint. If I call the driver I might find out they are loading a wheelchair or something like that. Then I don't worry about it, BusGenius will re-space the buses.

A driver may report in sick at say 10:00pm the night before. I used to have to rework the schedule for the next day, maybe to handle a sub that may have to arrive late. Now, I just send out an email to find a replacement. If I can get a sub that can start at any reasonable time I go with it. They just grab a bus and log in and start driving when they can get here. I get a good nights sleep. I don't have a schedule to worry about.

With BusGenius, there is no bus schedule and so no need to build, distribute, or revise schedules.

It more than paid for itself

Judy sums up their experience with BusGenius:

BusGenius was invented, developed, and refined over the past seven years by two university professors: